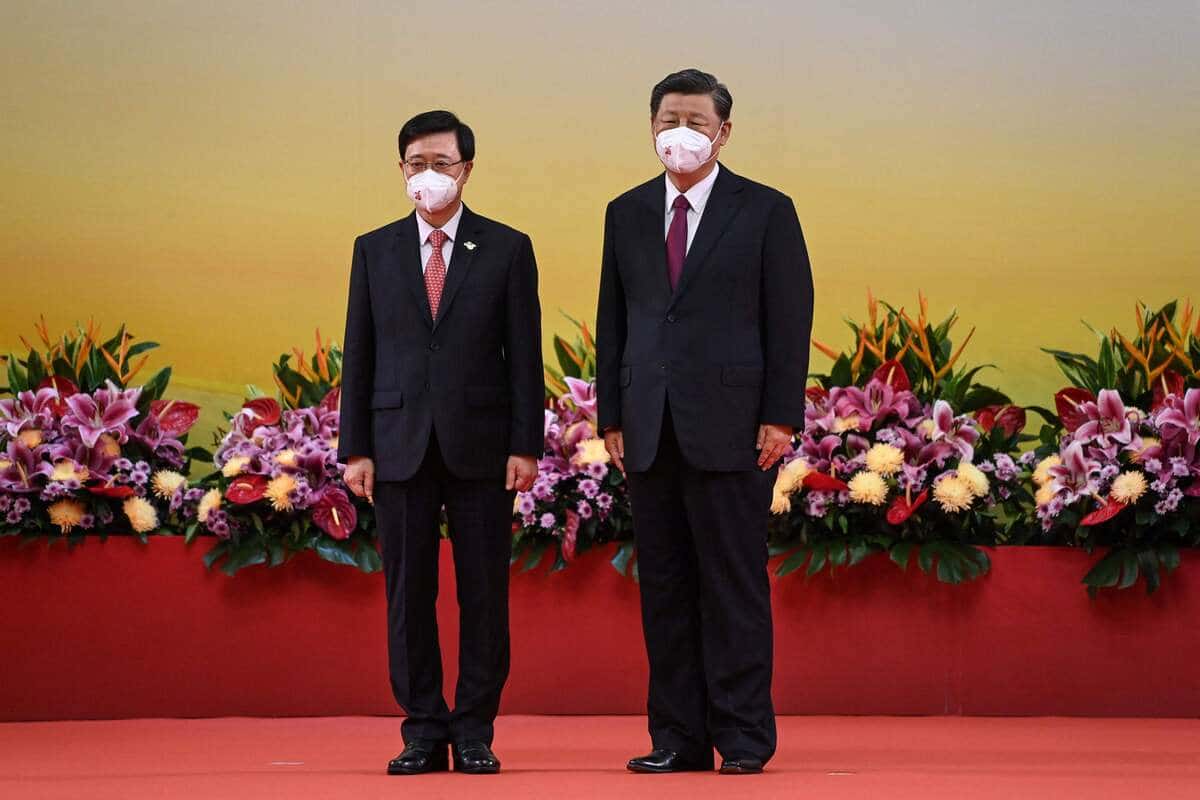 Chinese President Xi Jinping on Friday opened the ceremony to celebrate the 25th anniversary of Hong Kong's handover to China, in a city under heavy surveillance.

The ceremony, which includes the swearing in of the new local chief executive, is an opportunity to display the Chinese Communist Party's stranglehold on the city after the wave of pro-democracy protests that engulfed the city in 2019, prompting Beijing to impose strict political repression.

The visit is the Chinese president's first trip outside mainland China since the outbreak of the COVID-19 pandemic. It is also the first in Hong Kong since the great pro-democracy movement of 2019.

“After the storms, Hong Kong is reborn from the fire and emerges with robust vitality,” Mr. Xi said when he arrived at the station on Thursday afternoon.

The head of state did not participate in the raising of the colors on Friday morning, where under a strong wind, the next chief executive John Lee attended the ceremony led by soldiers at a goose step, to the sound of the national anthem.

According to local media, Xi spent the night in neighboring mainland Chinese city Shenzhen, only to return to Hong Kong on Friday morning.

This day also marks the midpoint of the 50-year period of semi-autonomy, guided by the principle of “one country, two systems”, negotiated between London and Beijing.

Until 2019, July 1 was an opportunity to demonstrate the freedoms enjoyed by the city, with thousands of residents marching on the sidelines of the celebrations to express their political and social demands.

But this procession, like any gathering, is banned by the police for two years officially for health and safety reasons.

According to government critics, the national security law imposed in 2020 by Beijing after the 2019 protests shattered promised freedoms.

US Secretary of State Antony Blinken also deplored Thursday the “erosion of autonomy” caused by this law in the territory. British Prime Minister Boris Johnson has promised not to “give up” Hong Kong.

But Xi insisted on Thursday that the “one country, two systems” principle guarantees “Hong Kong's long-term stability and prosperity”.

The ceremonies are held in an online system. closed circuit as a health measure.

People who are in Xi's orbit during his trip, including top officials from the government, were asked to limit their contacts, submit to daily PCR tests and spend the days before the visit in a quarantine hotel.

Parts of the city have been closed and many journalists have been barred from scheduled events.

A dozen members of the League of Social Democrats (LSD), one of the last opposition political parties in Hong Kong, have been contacted by the police not to demonstrate. LSD leaders told AFP their homes had been ransacked.

The city is lined with posters proclaiming a new era of “stability, prosperity and opportunity”.

The football pitches in Victoria Park, which used to host pro-democracy protests, host an exhibition celebrating the anniversary, with a huge flag as the highlight Chinese, flanked by a smaller Hong Konger, each occupying half a piece of land.

Kelvin Lam, a forty-year-old working in finance, who came to see the exhibition, told AFP that he participated in the July 1 protests before 2019, but now the city “feels different”.

“After what happened a few years ago, I think the priority now it's safety,” adds another passer-by, Ms. Xu, when asked about the end of the gatherings.

“A safe and stable life is the most important thing for ordinary people. inaries”, she assures.