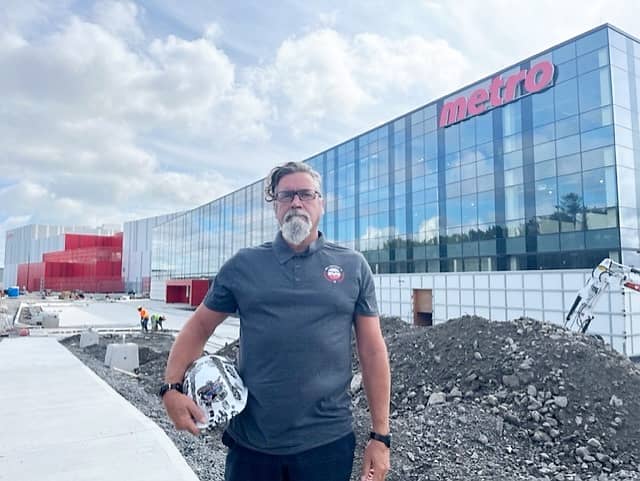 Union members find it hard to digest that former minister David Heurtel is bringing in workers from Slovenia instead of Quebeckers to build Metro's $420 million automated center in Terrebonne.

“It does not make an excellent corporate citizen, let's say, when a Metro of this world hires Europeans instead of Quebecers”, denounces to the JournalÉric Ledoux, business manager and industrial mechanic of Local 2182, affiliated with the Quebec Provincial Council of Construction Trades.

“Lack of respect”, “disempowerment”, “lack of ethics”. .. The union member has harsh words for Metro, a local flagship, which has 950 grocery stores, including those under his name, and Super C.

“We have 30 mechanics on employment insurance in the area who may shop at Metro as well,” he drops, disappointed with the company here, whose turnover exceeds 18 billions $.

In recent days, former Liberal minister David Heurtel, who is lobbying to bring these workers from Slovenia for the firm MOS Servis d.o.o., refused the request for an interview of the Journal through his cabinet Fasken.

Neither MOS Servis d.o.o. nor Germany's Witron, behind the $420 million, 600,000-square-foot technology center, could answer our questions.

Slovenia firm MOS Servis d.o.o., d where the workers come from, is located in the town of Podplat, nearly 6,500 kilometers from Terrebonne.

In his mandate, David Heurtel says he wants work permits “according to requests for temporary selection of technicians in specialized services”.

However, according to Éric Ledoux, of Local 2182, it is sad that workers from outside Quebec are called upon, while people from here want to do the job.

“There would be more than twenty foreign workers on the site, while we have around thirty unemployed mechanics who could do it,” he says.

“We have the world to do so. We even have a dozen CVs of people ready to participate in a work boom,” he adds.

According to him, for several years now, certain companies in Quebec inc. no longer hesitate to use this type of labor from the outside.

“We saw Jean Coutu, in Varennes, or with the Simons, in Quebec. There are more and more. There are some who may be in trouble, ”he says.

Do you have any information to share with us about this story?