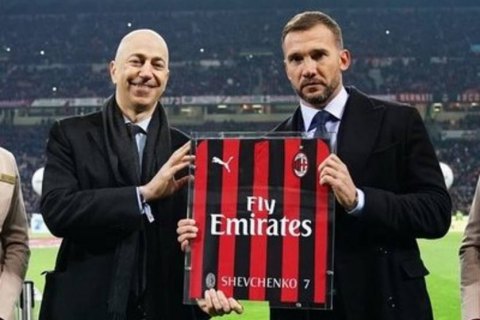 After home defeat against Fiorentina (1:3) in the framework of the 6th round of Serie A, a chair under head coach Milan Marco Giampaolo seriously rocked.

Note that this defeat was Milan’s fourth already this season. Club for the first time since the season 1938/39 lost 4 of 6 games in Serie A.

In this situation, the leadership of the Rossoneri contacted the chief coach of the national team of Ukraine Andriy Shevchenko, who yesterday turned 43 years on the subject to lead AC Milan, according to football-italia.

According to the publication, Giampaolo remains only a week to rectify the situation.

In the 7-th round of the championship of Italy inter will play in Genoa with the same club.

The piquancy of the situation adds the fact that the leadership of the Genoese declared coach Aurelio Andreazzoli that, in case of defeat, he will be dismissed. And the main candidate for the post of chief coach of Genoa is called the former coach of “Milan” Gennaro Gattuso.

“Milan” is in the standings just one point from the relegation zone, which is located “Genoa”.

We add that the contract Shevchenko with the national team last until July 2020.