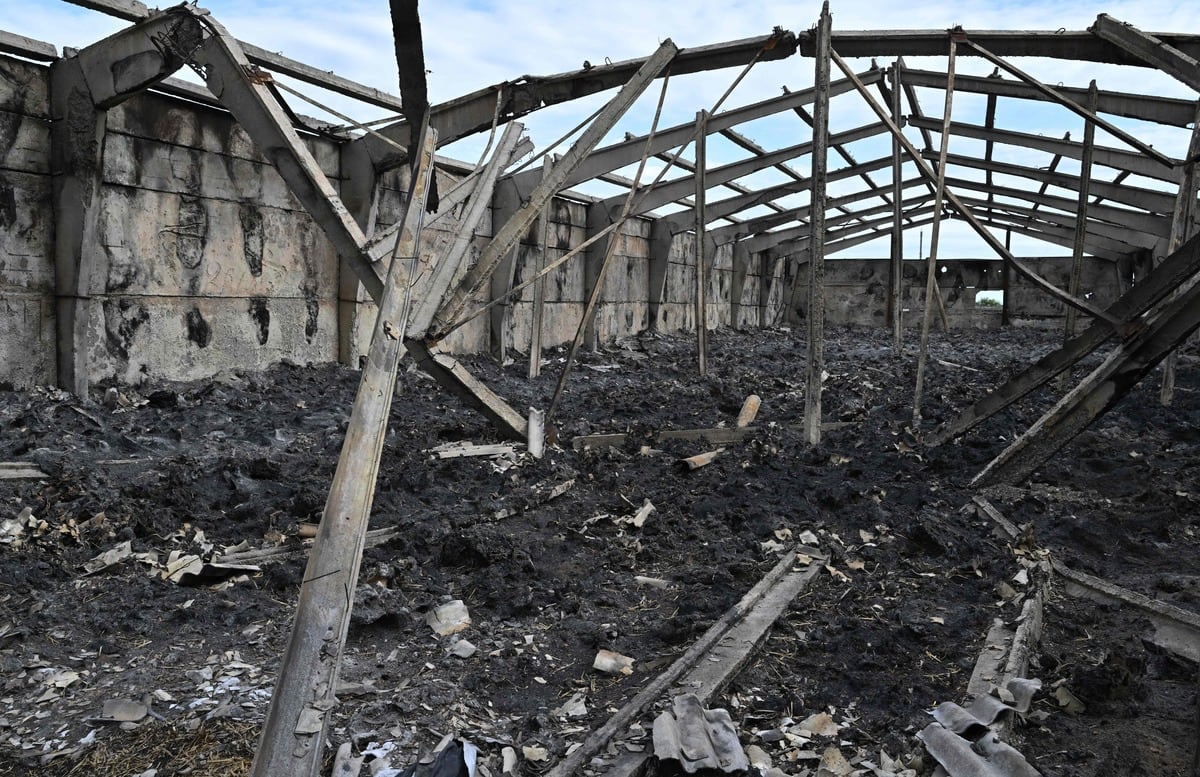 Ten people were killed before dawn on Friday by a missile fired by a 'strategic aircraft' from the Black Sea at a building in the Odessa region of southern Ukraine, according to Kyiv, at a time when the Ukrainian army has just taken back from the Russians a strategic island in the Black Sea for the control of maritime routes.

This strike came as NATO pledged its unwavering support for Ukraine by closing its summit in Madrid on Thursday.

“I don't know how or when this will end,” added the American president, affirming however: “It will not end with a defeat for Ukraine”.

For his part, the French President, Emmanuel Macron, has planned the revision of his country's military programming, stressing that “we must now, entering a period of war, knowing how to produce certain types of equipment faster, stronger”.

Moscow retorted through the voice of its Minister for Foreign Affairs: “The iron curtain, in fact, is already coming down”, he said, taking up this image born with the Cold War and which was quickly fell into disuse after the fall of the Berlin Wall in 1989.

He was reacting to the strategic roadmap that the Atlantic Alliance had just adopted and which now designates Russia as being “the greatest threat”. more meaningful and direct for the security of the allies”. And this, while denouncing the attempts of Moscow and Beijing to unite their efforts to “destabilize the international order”.

On the front, Ukraine welcomed the departure of Russian forces from Serpents' Island, which they had taken in the early hours of their offensive, a highly symbolic victory for Kyiv.

Moscow claimed to withdraw its troops “as a sign of goodwill” as its objectives had been “achieved” and to facilitate Ukrainian grain exports from Ukraine through the Black Sea.

This militarized islet is located in the southwest of Odessa, the largest Ukrainian port where millions of tons of grain were collected, and facing the mouth of the Danube.

The version of the Ukrainian military is radically different: the Russians abandoned Serpents' Island because they found themselves “unable to withstand the fire of our artillery, missiles and air strikes”.

“The enemy fled in two speedboats”, leaving this islet “on fire” where “explosions are still heard”, they said again, specifying that they were now going to restore a “direct physical control”.

“The Russians themselves, during their retreat, blew up” their own military equipment “and lost a helicopter at sea,” the Ukrainian military said.

“Serpents Island is a strategic point and this considerably changes the situation in the Black Sea (…). This still does not guarantee that the enemy will not return. But this already considerably limits the actions of the occupants”, hammered in the evening the president Voldymyr Zelensky.

On the other hand, the president admitted that the situation remained “extremely difficult” in Lyssytchansk, city of the industrial basin Donbass, a region in eastern Ukraine where most of the fighting is concentrated.

Lyssychansk is the last major city not yet in Russian hands in the Lugansk region, one of the two provinces of Donbass, which Moscow intends to fully control.

In Kherson, in the south, Ukrainian helicopters hit “a concentration of enemy troops and military equipment”, near the commune of Bilozerka, the Ukrainian army said on Friday.

This attack left “35 dead” among Russian soldiers and destroyed two tanks and several other armored vehicles, according to the same source.